It’s been nearly a year since Khabib Nurmagomedov destroyed Conor McGregor at the UFC 229. The Russian fighter has not entered in a single match since the controversial fight, with UFC fans hoping for a McGregor rematch. The talk of a rematch has cooled off in recent months as it became clear that we may never get it. Life goes on for the new Lightweight UFC champion, with new challengers on the horizon.

Khabib Nurmagomedov’s next fight is scheduled for September 7. The fierce Russian will face interim champion Dustin Poirier in a unification bout that will give the undisputed champion. This will be Poirier’s second fight this year after he defeated Max Holloway as an underdog back in April. Poirier has surely deserved his interim championship and a shot at the Lightweight Championship. Often the underdog, he has impressed many with his talent and earned more than one fight night performances.

Once again, Poirier is the underdog for his upcoming fight which will be the biggest challenge in his career. Khabib Nurmagomedov is still defeated in his career, boasting an impressive record of 27-0-0. He also managed to defeat the unbeatable Conor McGregor last year, probably ending the Irishman’s career. Already hailed as one of the best UFC fighters of all time, Nurmagomedov will surely be aiming to unite the titles.

UFC betting fans have only a short time to place bets. The fight will take place on September 7 in Abu Dhabi, which will be the promotion’s third time here. The UFC fight odds for the main event are clearly in favor of Nurmagomedov. However, Poirier knows the underdog role by heart and he surely won’t give up. He’s even named a challenger for his first title defence, which shows his determination to win.

A wildly popular online bookmaker in the UK, Fun88 is one of the best in the business. Featuring a long list of sports and an even longer list of markets, Fun88 has all the tools it needs to succeed. You can find fight odds for all combat sports at the British bookie, including the UFC and the salivating match between Nurmagomedov and Poirier.

Completely non-surprisingly, Nurmagomedov is the heavy favourite at 4/19, while Poirier has odds of 11/4. If you believe that the fight will go to the distance, the odds are 6/5 for Yes and 20/31 for No.

There are plenty of other markets if you don’t want to bet on the favourite. Round betting and Method of Victory look great. If you think that Khabib will knock Poirier out in the first round, the odds of that happening are 13/2. The interim champion’s (e.g. Dustin Poirier) odds in the same market are 12/1.

If none of that looks exciting, go for Method of Victory – the odds look great to us. For example, Poirier to win by TO or TKO is available @ 5/1.

Another UK favourite, Pinnacle is one of the oldest online bookies. Established in 1998, the sportsbook and casino has thousands of fans thanks to its great offer of sports and markets. Pinnacle provides some of the best fight odds around, with all the exciting action in the UFC on offer.

Khabib Nurmagomedov is once again the major favourite at this bookie with odds of 13/50. Dustin Poirier has been given odds of 31/10, indicating that he’s a major underdog. Sadly, there are no other markets to bet on at Pinnacle, so you’ll have to bet on your favourite.

Since Nurmagomedov’s odds aren’t especially enticing, picking Poirier seems like the better option. Even though the Russian fighter of Dagestani descent seems unbeatable, so did McGregor and look how that turner out. Poirier may not sport Khabib’s record, but he’s not a fighter you can underestimate. Pick any of his fights and you’ll see that he’s just as fierce as Nurmagomedov.

If you ask us, the odds on this fight should have been much closer. Great news for punters, though, especially those who favour Poirier.

Ladbrokes is a well-known UK brand listed on the UK stock exchange. One of the biggest and oldest bookies in the industry, it offers betting on literally any sport you can think of. At the same time, Ladbrokes has industry-leading odds in almost all markets, making it a favorite of millions.

UFC is one of the sports you can bet on at Ladbrokes, with the Abu Dhabi fight among the headliners. Nothing new here, though – Khabib Nurmagomedov is still the favourite over Dustin Poirier with odds of 2/7 vs. 11/4. With a record of 27-0-0, there’s no scenario in which the Russian fighter is the underdog.

Dustin Poirier won’t mind. He’s been the underdog his whole life and that got him where he is now. At 11/4, he looks a much better bet than Nurmagomedov and will probably end up a punter’s favourite. The American fighter has the skillset to defeat Nurmagomedov and he’s said to be relishing the challenge.

Place a bet on him, and you’ll get nearly 4 times in return.

If you’re a punter, there’s no chance you haven’t heard about William Hill. One of the world’s largest and oldest bookmakers, the UK operator set the industry’s odds and delivers quite a punch. Featuring a long list of sports and an equally long list of markets, William Hill is among the top (if not the best) bookies in the industry.

UFC betting is widely popular at William Hill. The UK bookmaker provides odds for all upcoming fights including the title unification bout between Khabib Nurmagomedov and Dustin Poirier. The Russian is in the lead with odds of 1/4, while the American is available @ 3/1.

The great thing about William Hill is that it also provides Enhanced Odds. You can bet on Nurmagomedov to in by decision @ 5/2 (was 9/4) or Dustin Poirier to win by KO or TKO @ 6/1 (was 5/1). Other markets such as Round Betting, Fight to go to the Distance, and Total Rounds are also available.

A Swedish gambling company which provides sportsbook and casino services, Unibet is a very popular bookie in Europe right now. Although football is at the forefront, there are many other sports markets you can bet on including UFC.

Bout odds for the September 7 fight are available at Unibet. Khabib Nurmagomedov is still the favourite @ 7/25, while Poirier has been given odds of 11/4. Apart from bout odds, Unibet gives you the chance to bet on Method of Victory as well as Round Betting.

Khabib Nurmagomedov is 9/5 to win by decision, while Poirier stands at 5/1 to win by KO or TKO. If you think you can correctly predict the winning round, Nurmagomedov to win in Round 1 is 13/2. In the same market, Dustin Poirier has odds of 11/1.

Since the bout odds aren’t exactly exciting, we’d stick to the other markets. There are some great odds in Round Betting, so make sure to check them out. 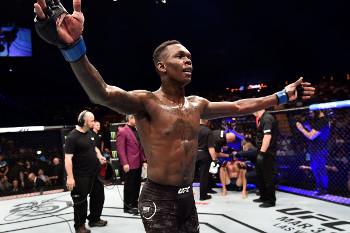