Since the sport of mixed martial arts exploded from the fringes to become a huge mainstream event, we’ve seen some impressive athletes, many of whom have gone on to become household names.

In 25 years, MMA has become an important part of live TV scheduling and there is huge interest in UFC betting too so this is big business all around the world. Many fighters have helped to shape the game in that time but who really stands out?

In this list, we will take on the tough task of answering the question – who is the best mma fighter of all time?

No list would be complete without the inclusion of Jon Jones and some would say he is simply the best there’s ever been. He’s vastly experienced now but the American is largely known for being the youngest champion in UFC history after taking out the light heavyweight belt in 2011. It’s a record that has stood for nearly eight years now and it’s a clear mark of Jones’ stature in the sport.

As he headed towards the end of 2018, Jones had completed 22 wins from 24 fights and among that tally there had been just one defeat – by disqualification. He’s always a clear favourite in the ufc odds markets and with that formidable record behind him, there is plenty of time for Jon Jones to add to his incredible career success.

Although he’s approaching the age of 50, Chuck Liddell hasn’t officially retired from the octagon and at the time of writing, his most recent fight came in November 2018 as a battling 48 year old. He lost that battle to Tito Ortiz, a big rival of Liddell’s, but even if he does call time on his MMA career, he will do so as one of the best mma fighters ever.

His record, following that November 2018 loss, stood at 21 wins from 30 professional fights and it’s worth remembering that he switched codes after a perfect tally of 22 wins from 22 as a kickboxer. In his time with UFC, he won the division’s light heavyweight championship and whatever happens in the future, Chuck Liddell proudly sits in the UFC Hall of Fame.

Another man to have passed the age of 40, Tito Ortiz is currently described as semi retired but he is another fighter, along with Hughes and Liddell, to have brought MMA from the fringes into the mainstream.

His titanic battles with Chuck Liddell will live long in the memory and like his great rival, Ortiz was a former light heavyweight champion who would always feature strongly in any ufc betting markets. As 2018 wound to a close, the American’s record stood at 20 wins and one draw from 33 fights.

Around 2012, it could have been argued that Conor McGregor was the best mma fighter in the world. He’d just gone on a run of eight straight wins and that record had caught the eye of the UFC division who he joined the following year. McGregor dominated the mma betting markets for the next 12 months.

He won titles at featherweight and lightweight levels in his career and then, in 2017, he shook the world by taking part in a boxing match against the great Floyd Mayweather. That didn’t quite go to plan with Mayweather winning in the tenth round and McGregor returned to the octagon as the outsider in the ufc odds markets against Khabib Nurmagomedov in 2018.

Russian Khabib won that fight and McGregor is considering his next move as we write but we mustn’t forget his record of 21 wins from 25 MMA fights that puts him up there as potentially the best mma fighter of all time.

Khabib started as favourite in the ufc betting markets for that battle with McGregor and he is very much a fighter in the ascendancy. That victory made him the undisputed UFC lightweight champion and at the age of 30, the Russian has the potential to go on and become one of the best.

We talk about records during this round up but Khabib’s is the best of them all right now. That win over McGregor took him to a perfect tally of 27 wins from 27 pro fights and few would argue against the theory that as 2018 drew to a close, this was the best MMA fighter in the world.

Show odds in: UK EU US

One of the only men who could dispute Khabib’s claim to be the best fighter around is Daniel Cormier. He is another active exponent in the UFC division and will doubtless head the mma odds markets for many years to come.

At the end of 2018, Cormier is the champion of the light heavyweight and heavyweight UFC divisions and that’s a huge feat – particularly at the age of 39. At that stage in his career, the American’s impressive fight record stood at 22 wins from 24 bouts with one no contest and one solitary defeat.

Current holder of the Bantamweight and Flyweight categories, Henry Cejudo holds a nearly flawless UFC record of 15 wins in 17 fights. His only two losses came against Demetrious Johnson, which he later defeated, and Joseph Benavidez. Those losses are past history for the champ, though, with Cejudo currently on a 5-win spree.

Widely considered one of the greatest MMA fighter of all time in lightweight category, Max Holloway is the current UFC Featherweight Champion. A fierce fighter of Hawaiian and Samoan ancestry, Holloway has 21 wins in 25 matches in the UFC and a bright future ahead of him.

Throughout his decorated career, he has won against some of the best UFC fighters including Frankie Edgar most recently. Interestingly, his four losses came from some of the best MMA fighters of all time such as Dustin Poirier (twice) and Conor McGregor.

After his return to Featherweight division earlier this year, experts fully expect Holloway to continue defending his belt. Still only 27 years old, Holloway has an exciting future ahead of him.

One of the up and coming and most famous UFC fighters from England, Darren Till is quickly making a name for himself. Born in 1992, this 26-year old has only suffered 2 defeats in his career and currently competes in the middleweight UFC division.

His two losses came against the ferocious Jorge Masvidal and Tyron Woodley. This doesn’t diminish the face that Till is a UFC top fighter. He defeated famous record-breaker Donald Cerrone a couple of years ago and Kelvin Gastelum most recently. If there’s one fighter in the middleweight category that’s sure to send waves through the UFC, it’s Darren Till.

One of the most influential people in the history of fighting, Randy Couture had quite the colourful career. A 3-time UFC heavyweight champion with further belts in lighter categories, he is widely considered as one of the best MMA fighters the world has even seen.

Couture’s rivalry with Chuck Liddell is the stuff of legend. Both fighters have contributed greatly to the rise of UFC and hold the top spots on the list of greatest MMA fighters of all time. Couture ended his career in 2011 with a record of 19 wins in 30 fights. Of those 11 wins, he lost twice to Liddell and one to another UFC legend – Brock Lesnar.

Altghough his flirt with MMA lasted for only a short time, Brock Lesnar is considered one of the best UFC fighters to ever grace the Octagon. A former UFC Heavyweight Champion, Lesnar managed to win, defend, and unify the Heavyweight Championship in his first six fights.

He suffered three losses in 9 fights in total, most notably defeating Randy Couture for the Heavyweight belt in 2008. His most recent fights, however, haven’t gone exactly to play. Lesnar lost to Cain Velasquez and Allistair Overeem, while his win against Mark Hunt in 2016 was overturned. He decided to retire from mixed martial arts for the second time in his career, returning to the WWE where he’s currently a WWE Champion in his 5th reign.

Unlike other names on this list, Matt Hughes has retired from pro fighting after a long career. He’s given much to MMA and he deserves the rest but his absence is a huge loss to the sport. After an early career in wrestling, Hughes took his talents to the world of mixed martial arts and quickly began to make his mark as he was earmarked at an early stage for title fights while dominating the mma odds markets.

He made his debut way back in 1999 and UFC 22, winning on his first outing and completing another series of victories at the turn of the century. Hughes won his first belt, in the welterweight division, at UFC 34 in 2001 and a series of successful defences followed. It was to ultimately be a long and glittering career which the fighter finally called time on at the start of 2013. He finished with an overall record of 45 wins and nine defeats from 54 pro fights so there were some setbacks along the way but for sustained success over a long period of time, there are many who feel that Matt Hughes is the best mma fighter ever. 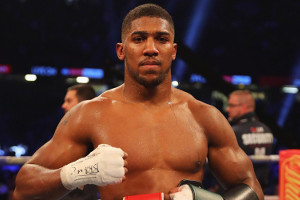 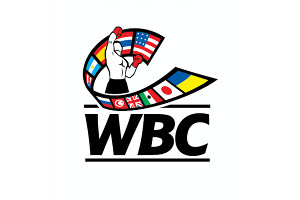